Tony Fisher and his California community saw "Alive Inside" and were so inspired they took up a collection!
In one night they raised enough to give music to all the elders in their community!
Then, a teacher reached out, on her own, to Tony and his amazing local elder care facility!
Wow! Michael Rossato-Bennett and Tony Fisher started jamming and came up with the CommUniversity idea!
This clip shows the difference ONE teacher can make! This is where CommUniversity began!!!

Dan is a high school English teacher inspired by "Alive Inside!"
His students reached out to the elders living at home and their caregivers.
We are so proud of these young souls- they learned so much about aging and empathy.
Teachers, moms and students, schools, clubs, and churches-
our resources are free and community-created- show us what you can do!

The Southeast Wisconsin Alzheimer's Association helped Dan and the kids every step of the way!
This is the Empathy Revolution in action!

One teacher starts his own Empathy Revolution!
The teacher took his music class to Encore, in Avalon Park, Florida,
a huge development designed with Elder Care as the center of the community.
Elderhood at the center of the community is one of the core ideas behind the Alive Inside Comm-University-
Elder Care should be a place of learning and connection, not a place of banishment.

““I am young and strong;
but now I can understand the struggles
of an elder living with Alzheimer’s disease?”
- Candice 14

A teacher in Long Beach, California used our community-created Mini-Guide to the Empathy (R)evolution to teach his students.
Here they do a "Dementia Empathy Exercise," and "walk a mile in an elder's shoes."

This project happened when a church leader and a high school teacher joined forces.
They screened the film in their school auditorium and it was one of the most amazing events we have ever had!

Anyone can use the ancient powers of connection, Life Story work and Music to connect with Elders.

This is the story of Bernadette, a psychology professor in Mexico City, who did her own beautiful "Inspired by 'Alive Inside'" project and transformed an entire university!

I recently watched Marian, an Ibero University student, sit with Violeta an abandoned elder and return to her the life she had given up on.

This is our dream for "Alive Inside" and Comm-University realized!
Mariana visited Violeta for 14 weeks-
During that time Violeta began to smile and dance again,
her diabetes reversed,
and she found a boyfriend (he is 84!) 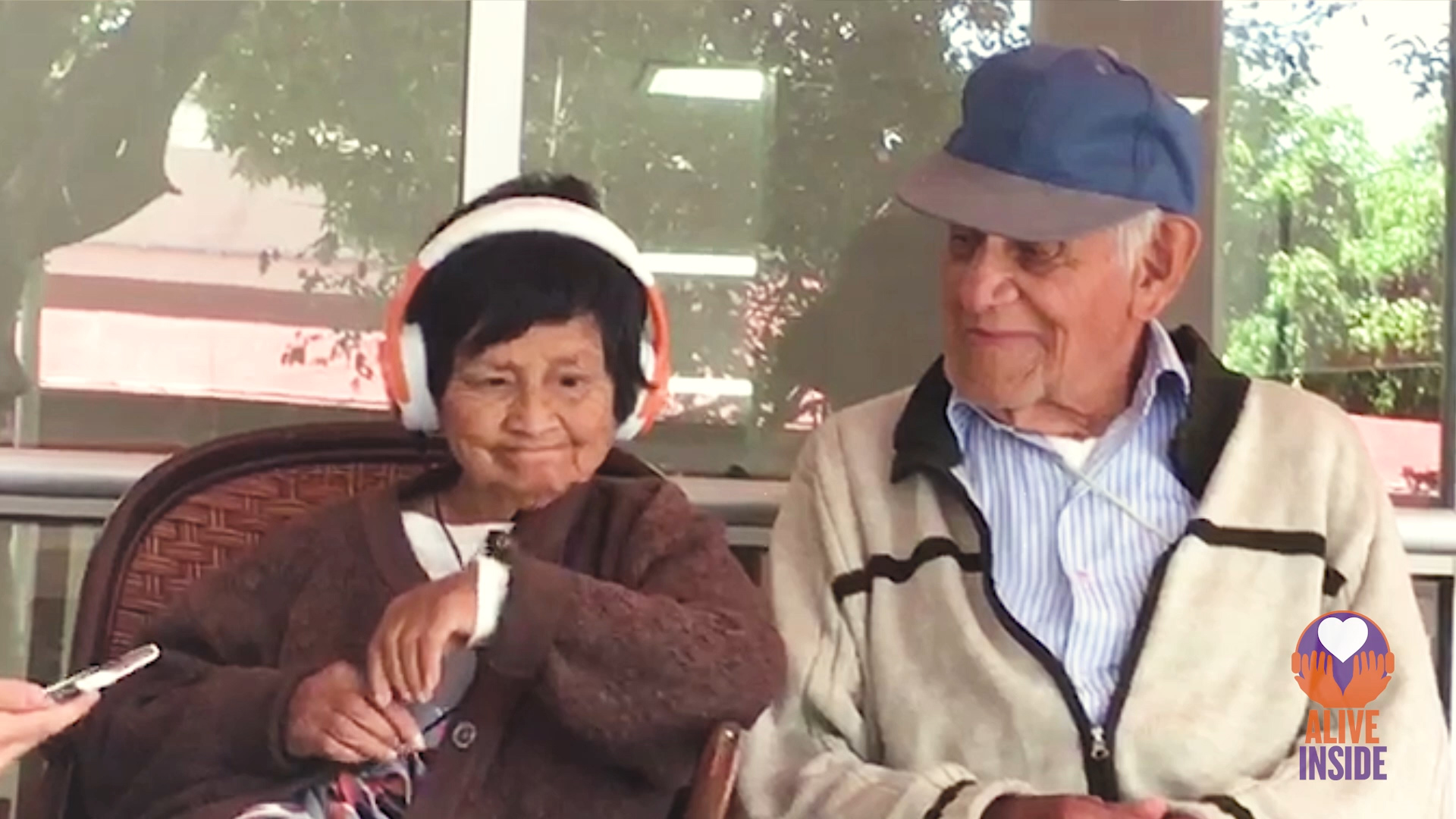 Without Mirian, Violeta would have died alone and in despair.
Instead, she transitioned, feeling warm and loved.

Let us know if your school has an Alive Inside story you would like featured on this page! Email [email protected]!