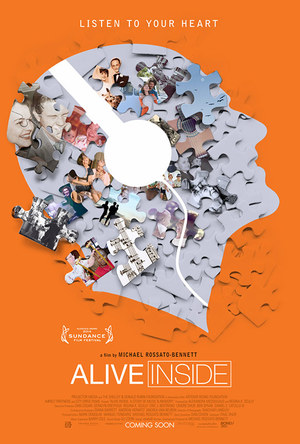 RAD began when Wayne Mesker attended a screening of Alive Inside at the Cleveland International Film Festival in March of 2014.

He was so moved by the film & by the vision of the film's Director Michael Rossato-Bennett, he contacted Itaal, the composer of the film's soundtrack and Michael's brother and offered to throw his contacts & connections to support the Film's mission.
Soon after, he and Director Michael Rossato-Bennett began coming up with fundraising ideas to get music and headphones to more people and Wayne came up with the idea for Rock Against Dementia.
The first Alive Inside Rock Against Dementia concerts were held and the funds were used by local communities to give individualized music to their elders!
The first concert was launched in Cleveland, Ohio. Over the last 3 years it has become a Global Movement.

In 2019 it looks like we are set to continue growing! The RAD flagship concert this year is in NYC and is called,

A Rock Against Dementia event can be any Concert, band performance, or gathering of friends sharing music dedicated to raising funds for the Alive Inside mission.
The funds raised from RAD events bring empathy, story and music training to young and old. Help us further the Alive Inside Empathy (R)Evolution!
AIF honors people like Wayne Mesker, who are changing our world.  Here is what he has done in Cleveland Ohio.
https://www.youtube.com/watch?v=K0ikOvWCk10