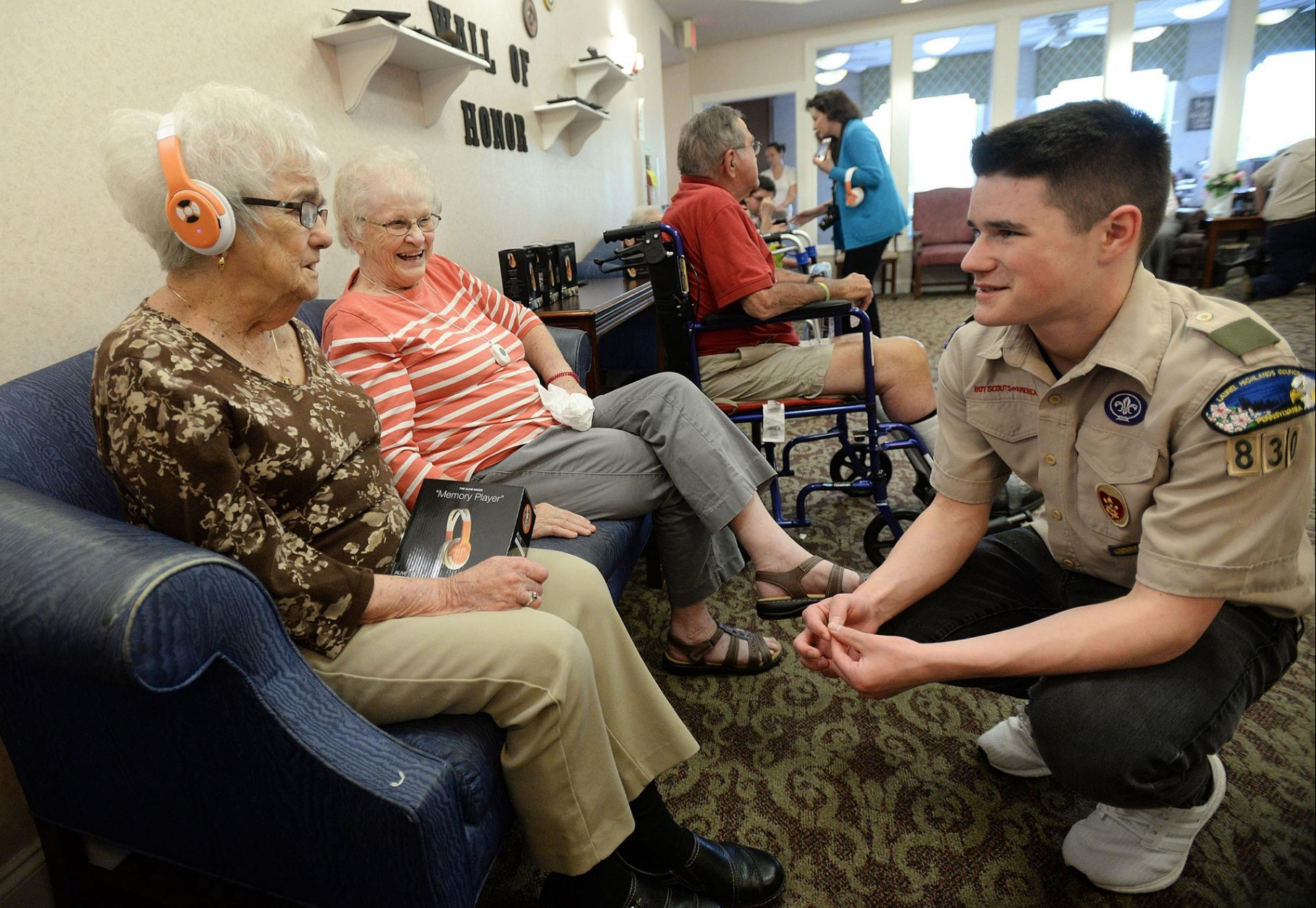 Boy Scount Andrew Vollmer, 17, and a junior at West Allegheny High School was inspired by Alive Inside and decided to raise money for 25 memory players and work with the residents at Northview Estates as part of his Eagle Scout project! 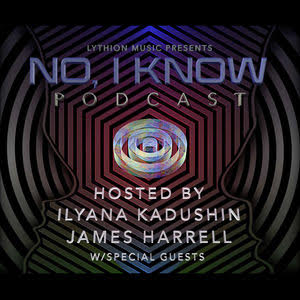 Check out this interesting podcast from the series No, I Know, where Michael Rossato-Bennett talks about his film Alive Inside,  the Alive Inside Foundation that guides younger generations on how to connect with seniors with dementia, and how hen we deeply and soulfully connect through music, there is a that allows us all to transform our reactions to life. Listen to the podcast for free at Stitcher.com!

Every week at The Sunday Paper, we honor individuals who use their voices, their hearts, and their minds to Move Humanity Forward.

Today, as the music industry gathers for the 59th annual Grammy Awards, we honor Michael Rossato-Bennett as our Architect of Change of the Week.
Michael is the director of the documentary "Alive Inside," an incredible film that chronicles how music can be used to re-awaken the souls of individuals with dementia.

It's Michael's mission to reimagine how our society views the elderly and to spark what he calls "an empathy revolution."
He is using music as a tool to create shared experiences and to foster acceptance across generations.

1. "Seeing How Music Affects People With Dementia Changed My Life.
It showed me how phenomenally alive the emotional systems of people with Alzheimer’s are.
Music conveys meaning that cannot be expressed in words, and for someone who has dementia, it reignites the pathways of emotions, movement, and memories."

2. "We Have an Empathy Deficit in Our Culture.
Young people are being raised through technology and we don't need each other in the way we used to.
Yet I've found that when the young connect with the elderly using music, it's a phenomenal teaching moment. It's transformative.
I invented these headsets that are light, fit on an elder's head, and are wired so two people can listen at the same time.
It's my dream to have a million kids give a million elders these headsets. It's cheap and it creates human connection."

3. "We Should All Share the Soundtrack to Our Lives.
My Alive Inside Foundation has an App that lets you write down the soundtrack of your life.
Everyone has songs that no one knows they love. Make a playlist and share it with your family, so that if you're ever cognitively impaired, people will know your music."

WATCH: The Trailer for Michael's Film "Alive Inside"

Lakehouse Music Academy students partnered with the Alive Inside Foundation to study the healing power of music
and learn how to help and learn from elders with dementia.

WINSTON-SALEM - In this week's Giving Back, Time Warner Cable News reporter Elaina O'Connell shows us how a simple song can reconnect people with their past and give hope for the future.

SHEBOYGAN –The Alive Inside Foundation made its way to North High School in Sheboygan after teacher Dan McGoldrick was “incredibly taken” with the 2014 "Alive Inside" documentary, which won the Audience Award at the Sundance Film Festival.

McGoldrick knew he had to incorporate the film’s message into his curriculum, which became possible when he accepted the role of co-adviser for the school’s National Honor Society... (More)

CCTV interview about "Alive Inside" and The Alive Inside Foundation dream to empower young people, and entire communities to bring the gift of memory, aliveness and music to their elders- especially those living with dementia.

AIF is also joined by the great people from Grandpad- one of the many teams now throwing brains and hearts at solving the problem of loneliness and disconnection faced by many of our often forgotten elders!

“I AM STILL HERE.” – ALIVE INSIDE DIRECTOR AUDIO INTERVIEW

Listen to this week’s guest, Michael Rossato-Bennett, the Writer, Director and Producer of ALIVE INSIDE – winner of the 2014 Sundance Film Festival Audience Award for U.S. Documentary discusses his award winning film and how it has inspired a movement that brings music into the lives of those that have physical, emotional and cognitive challenges.

When Healdsburg seventh-graders on Monday sat down with residents suffering from dementia in the community room of a senior living community to ask them about their favorite music, answers didn’t come easily.

The 22 students, from The Healdsburg School, came to build "life soundtracks" for residents of Healdsburg Senior Living.

Those playlists, scientists believe, can help trigger memories in even advanced dementia and Alzheimer’s patients.

SONGS STIR PATIENTS IN 'ALIVE INSIDE'

It probably won’t come as a surprise to anyone with a loved one in a nursing home or an assisted-living facility that music can sometimes be used to improve the residents’ quality of life.

This is the subject of “Alive Inside,” part documentary, part advocacy and part fundraising tool for a movement to place iPods loaded with playlists tailored to individual tastes in the 16,000 nursing homes across the country.  The movie, directed by Michael Rossato-Bennett, makes a powerful argument for the program.

"'ALIVE INSIDE' A JOYFUL LOOK AT MUSIC'S KEY TO UNLOCK DEMENTIA”

Think of them as Lazarus moments.

One by one, we are introduced to a series of elderly people with serious dementia. People who've barely said a word in years, who don't recognize their own children, who sit around nursing homes like the living dead. Then Dan Cohen does something to them and it's like a switch has been turned on. They become, all of a sudden, gloriously happy and alive.

As detailed in the joyous, unexpectedly uplifting "Alive Inside," winner of Sundance's coveted audience award for U.S. documentary, what Cohen has done is place iPod earphones on these people's heads and played what family members have told him is their favorite music. The effect is miraculous.

"THE HEALING POWER OF MUSIC"

Katie Couric interviews Dan Cohen and Michael Rossato-Bennett, writer/producer of award-winning Alive Inside, about the making of the documentary and profound healing power of music.

COVERAGE OF 2014 SUNDANCE FILM FESTIVAL SCREENING OF ALIVE INSIDE

Could a pair of headphones change the lives of millions of Americans suffering from Alzheimer’s and dementia? "Alive Inside," a new documentary at the Sundance Film Festival, follows a social worker named Dan Cohen who has launched a campaign to bring iPods and music therapy to nursing homes.